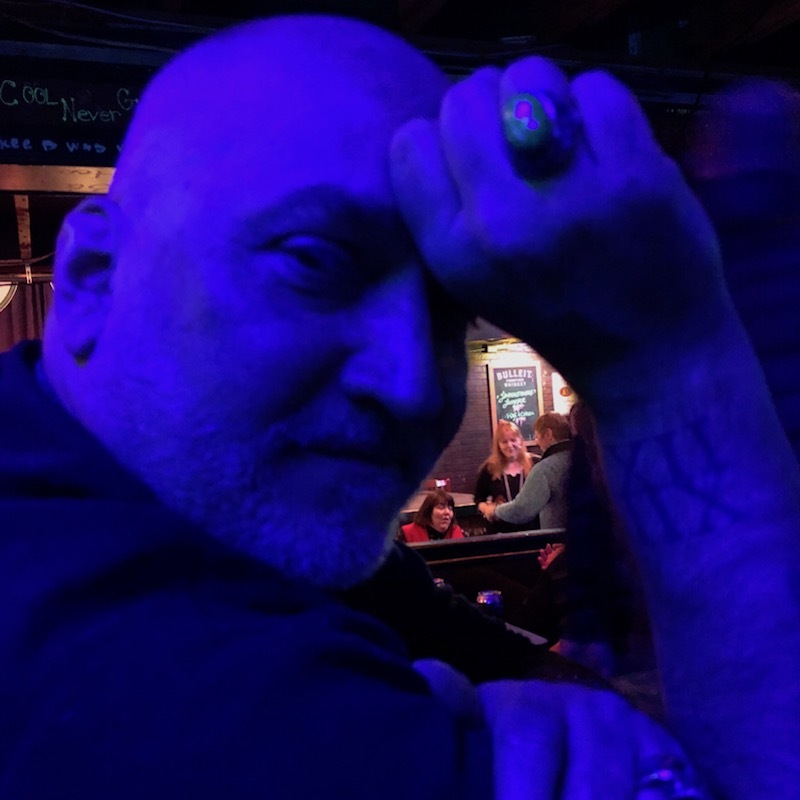 Growing up in New Jersey, Lukacs was always interested in art. He earned his Bachelor of Arts in Fine Arts from the Fairleigh Dickinson University in Madison, New Jersey. Additionally, he studied painting at the New York’s Art Student League before pursuing his Masters of Fine Art in Computer Graphics from the School of Visual Arts in New York. Artistic tendencies and creativity run in the artist’s family, as his father was a musician and his sister also creates art.

His involvement in the art world throughout the years encompasses various creative fields such as art consulting, art publishing, creative event planning, and even delving into the music field. Furthermore, he has experience as an independent producer, a published songwriter, and an advertising director and sales manager in the corporate world. While working in these various capacities, such as a liaison between galleries and artists, Lukacs rediscovered his passion for the visual and creative arts.

The first work Lukacs created when he returned to painting was a portrait of his son. The piece was the start of his portraiture. Additionally, it was the catalyst for him to further explore the human figure. His sensual and passionate compositions highlight the human body as a landscape. His realistic approach incorporates painterly qualities while focusing on the nude form.

Working primarily with acrylic paints and digital art, the visible brushstrokes of his paintings imbue his work with dark and lush eroticism. Furthermore, his paintings serve as an escape to a place of inner desires, an unexpected place to explore the sensuality of nudity. His creative process involves him directly sketching on his canvases with charcoal before layering on paint. However, he does not often do preliminary studies; he usually works from photographs.

Lukacs has participated in various solo and group exhibitions in galleries throughout New Jersey, New York, and California. Most notably, in November 2016, he participated in the Exxxotica Expo, an annual three-day event celebrating erotica and sexuality.

The world's best in provocative art

Straight to your inbox

Let us show you something you haven’t seen before. Welcome to Art Provocateur Gallery.

By clicking "Join Now" you acknowledge that you are 18+ years of age and agree to receive the Art Provocateur Gallery newsletter from which you can unsubscribe. You agree to APG's Terms of Use and Privacy Policy.